Each year the Catholic Teacher's Guild of Toronto recognizes a DISTINGUISHED Catholic educator. If you know an exemplary Catholic Educator who you would like to nominate for the 2022 Jean Baptiste de la Salle award, please consider nomination him or her. The Nomination form will be availble on this page in the late spring of 2022. 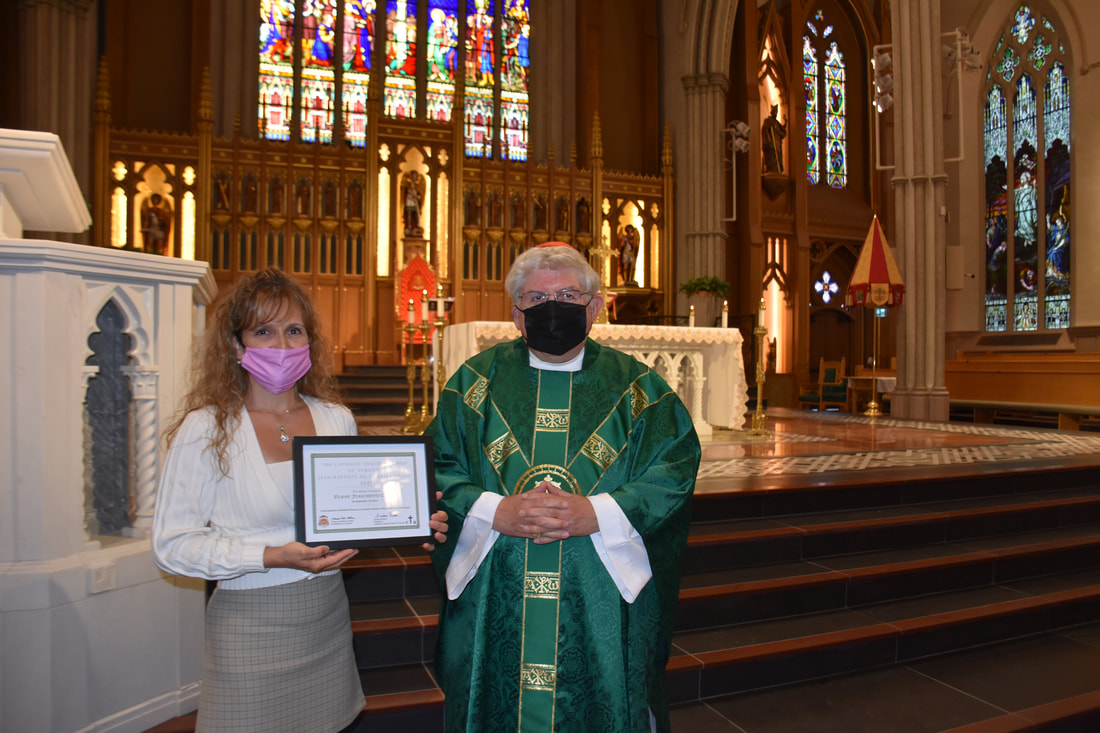 Mrs. Diane Fiaschetti Chieco, winning the 2021
CTG Jean-Baptiste De La Salle Award.
Jean-Baptiste de la Salle, our Church’s patron saint of teachers, spent most of his life dedicated to educating the poor and establishing lasting education practices that truly bring the teachings of Christ into our schools. De la Salle was practical in his approach to education and believed all people, including those considered delinquents were worthy of education. Another remarkable feature of de la Salle was the spread of his work to other regions and countries.  He not only was concerned about students, but fellow educators and set out to help them be better teachers, allowing Catholic education to reach more people.

The Catholic Teacher's Guild recognizes that there are many educators who are living out this vision in their day-to-day tasks as educators, those who recognize the dignity of the human person and are devoted to reaching out to all students, those whose piety and dedication to education inspire and motivate other educators to be witnesses to Christ.